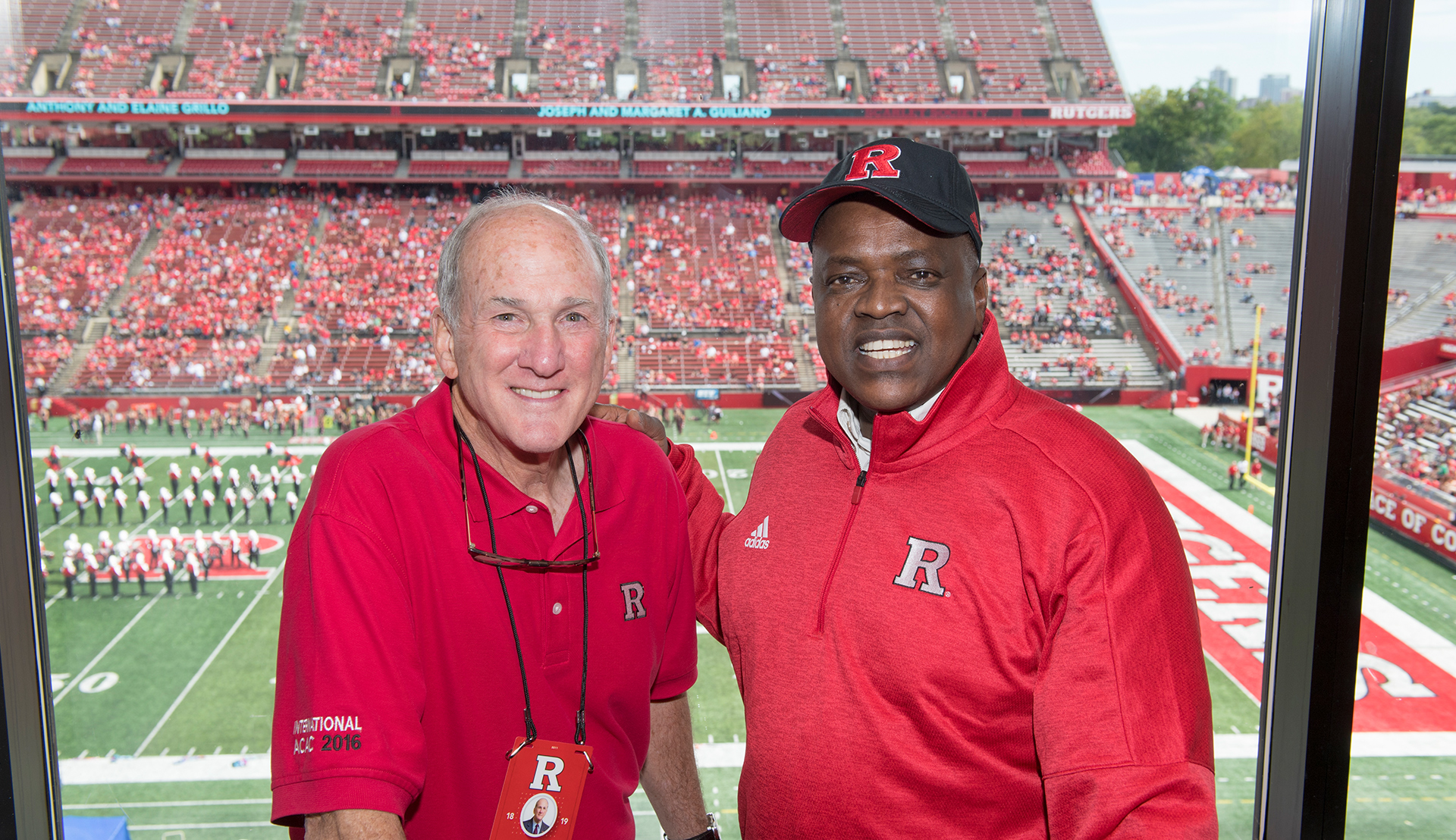 On September 22, 2018, President Mokgweetsi Masisi and First Lady Neo Masisi of Botswana made a special visit to Rutgers University, where they attended a football game between the Scarlet Knights and Buffalo Bulls at High Point Solutions Stadium.

The First Couple—who were in the United States for the United Nations General Assembly from September 18-28 in New York—attended the game as guests of Rutgers University president, Dr. Robert Barchi and his wife, Dr. Francis Barchi, an assistant professor in the Edward J. Bloustein School of Planning and Public Policy.

The president of the southern African nation was not just at Rutgers to watch football, though. He, his family and a number of officials from Botswana, came to meet with leaders from across Rutgers, including Richard Marlink, director of Rutgers Global Health Institute; Christopher Molloy, interim chancellor of Rutgers University-New Brunswick; Thomas Farris, dean of Rutgers School of Engineering; and Eric Garfunkel, Rutgers’ vice president for global affairs.

The University of Botswana and Rutgers have formed a partnership in an effort to help improve Botswana’s health care system, with particular focus on three areas: expanding medical specialty training; opening a new teaching hospital; and creating a biomedical engineering curriculum.

In December 2017, Rutgers representatives—including Barchi, Marlink and Garfunkel—attended the 9th Annual African Materials Research Society Conference in Gabarone, Botswana. Marlink and Barchi have worked with Botswanan teams for several decades and used the visit as an opportunity to further develop activities with partners such as those in the Botswanan Ministry of Health and at the University of Botswana Medical School.

Rutgers officials, including President Barchi, will travel to Botswana in October to learn more about the country’s needs.