Rutgers was chartered in 1766 as Queen’s College, a private institution affiliated with the Dutch Reformed Church. Queen’s College was renamed Rutgers College in 1825 after philanthropist Colonel Henry Rutgers, a Revolutionary War hero and son of colonists from the Netherlands.

The university’s seal and motto were inspired by those from Utrecht University in the Netherlands. The fourth Rutgers president, John H. Livingston, a student of the ministry at Utrecht University and a key player in establishing Dutch theological education in colonial America, suggested the design in the 1820s.

In the mid-19th century, Rutgers expanded its academic profile to include the sciences and expanded its student body by welcoming its first international students.

Aside from Dutch missionaries living in the land, Japan experienced a 200-year isolationist period that came to an abrupt end in the 1850s after a U.S. fleet navigated into its ports. As a result, Japan’s renewed interest in western activities was born, and in 1866, Rutgers welcomed its first Japanese students,  the Yokoi brothers, following the recommendation their  teacher  and  Dutch  missionary, Guido Verbeck.

A brilliant samurai, Kusakabe Taro, followed Yokoi brothers to Rutgers just one year later, with aspirations of a career in international relations—beginning with creating a diplomatic connection between the Japanese emperor and the United States. Taro accomplished much at Rutgers, including being the first Japanese student elected to Phi Beta Kappa, but those achievements were, tragically, short-lived. Taro died of tuberculosis just weeks shy of his graduation; he is buried near Rutgers–New Brunswick.

Rutgers continued to achieve many milestones over the next century, and its international student population grew from just a handful to a few hundred— and the university began to not only receive students, but send them abroad. In 1966–1967, the “Junior Year Abroad” program was launched, and the first students went to Tours, France, to study abroad.

More than two hundred and fifty years after its charter date, Rutgers now spans over 30 schools and colleges across three university locations and a large biomedical division, each with globalization integrated into its mission. For example, Rutgers University–Camden has a dedicated Learning Abroad unit that offers short-term study abroad options for students, while the Paul Robeson Campus Center at Rutgers University–Newark gives students many global+local opportunities to connect with the regional immigrant communities.

In 2011, the university established the GAIA Centers, now known as Rutgers Global, to propel Rutgers to the forefront of the international arena. Rutgers Global ensures that the university attains its full potential as a globally engaged institution of higher education throughout its teaching, research, and service.

Finally, as part of Rutgers’ 250th anniversary, Rutgers Global produced a six-episode TV special entitled Rutgers Around the World that covers Rutgers’ international connections and history.  You can stream the show online.

Rutgers has always been a globally engaged institution. 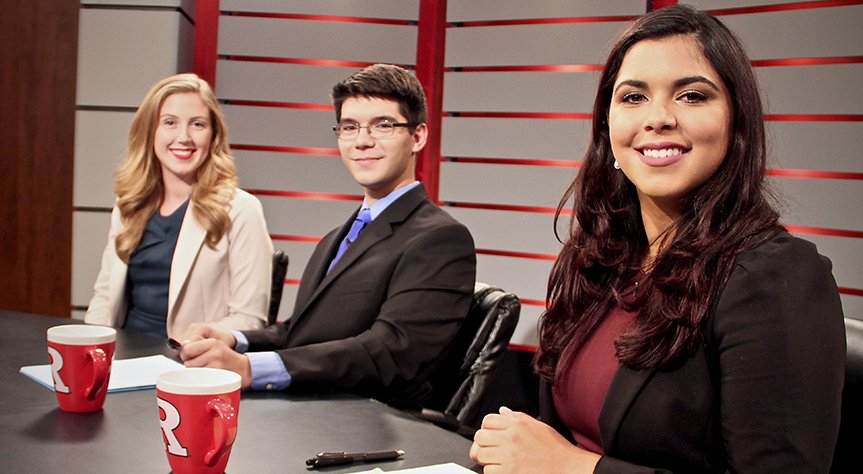 In the first episode of Rutgers Around the World, university leaders revisit Rutgers’ international roots and outline ways in which students, faculty, staff, and alumni at all three university locations and Rutgers Biomedical and Health Sciences (RBHS) can “go global” on campus and abroad. Special guests include Chancellor Phoebe Haddon, Provost Jerome Williams, Chancellor Richard Edwards, and Chancellor Brian Strom.