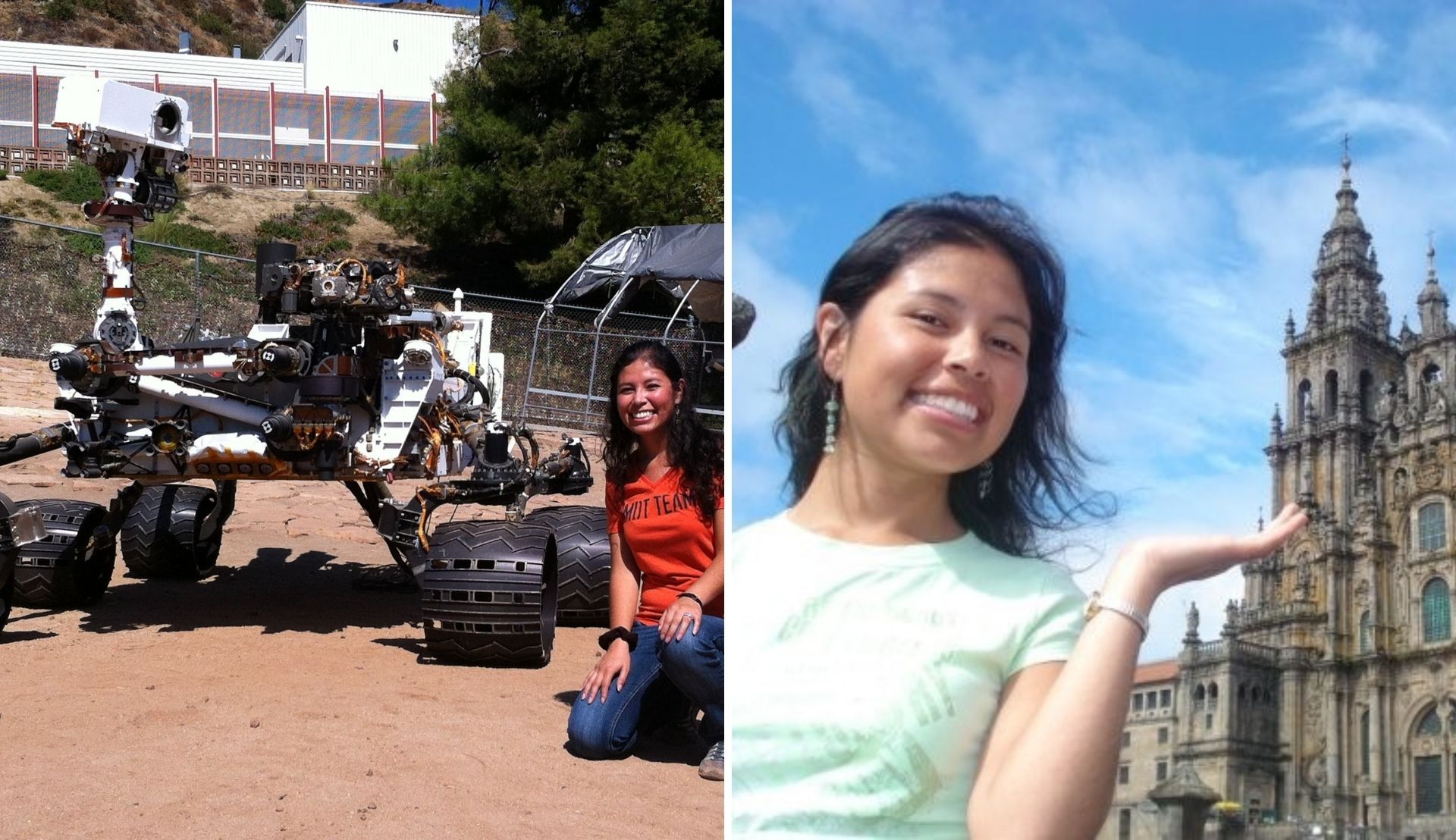 I am honored to spotlight one of Rutgers Global – Study Abroad’s most illustrious alumni: NASA aerospace engineer, Jackelynne Silva-Martinez. Better known as Jacky, she currently works at the NASA Johnson Space Center in the Human Health and Performance Directorate. Jacky is an expert in Human Systems Integration, and leads the systems engineering and integration group for the Gateway Program, which will be the next station orbiting the Moon. She said her study abroad experiences played a role in her interest in the field.

Jacky was born and raised in Peru and then moved to the U.S. when she was in high school. She graduated from Rutgers in 2008 with two degrees, a BA in Spanish Translation and Interpretation and a BS in Mechanical and Aerospace Engineering, with a minor in Math.

Although she now has a list of certificates and degrees that fill a whole page on her NASA website, I found it interesting that Jacky specifically listed her two study abroad experiences.  I was curious: she obviously didn’t need to work on her Spanish, so why did she decide to make the colossal effort to fit in two study abroad experiences during her senior year at Rutgers?

“I was always interested in learning about other cultures; that came since I was little,” Jacky explained. “I had the motivation of travelling and exploring to learn from other countries’ idiosyncrasies, but it was the educational part that caught my interest. I asked myself how are they teaching in that place? How do they learn? What are the methods they use? That intrigued me.”

In Spain, she liked the transportation system. "I was looking at that and thought ‘People can do more things because they are able to go to places faster in a more orderly manner; that contributes a lot to how people are, how they perform, how we can advance.’ I took those aspects from my study abroad experiences and I apply them even now in my daily life.”

Her experiences also helped prepare her to deal with people from all over the world, an important skill in such an international field.  “NASA has many international partners we work with, including the European Space Agency, where there are people from Spain and other countries within the EU, so it’s easier for me to interact with them because of my study abroad experience.”

She’s still studying, working on her PhD.  “I find that it’s necessary because as we move on in industry, we want to do things fast, but sometimes if we’re not up-to-date with what academia is doing, then our processes become outdated.”

She talked about how learning about culture shock has stuck with her all these years. “I try to bring in what I’m learning in school and there’s a cultural change for [the other engineers] to adopt a different perspective.” She went on to say, “I use what I learned about culture shock and apply it to our sector in the Space program. I remember learning about it in orientation…about the different culture shock phases. This also happens with new projects, new leadership, new management processes.  You’re excited about these new projects, but then there’s going to be issues, and we have to overcome them. So I apply those skills that I got through the study abroad program in my everyday job.”

As for international education and what those of us in the field can do to get people to have a broader perspective about studying abroad, Jacky says, “I think you already offer the international and intercultural aspect; perhaps adding more on the interdisciplinary and innovation aspects can help in communicating the importance of studying abroad. Getting more into the particular needs of the students and showing how they can benefit from the experience for their own fields. In my case that happened with my advisors in both the Mexico and Spain programs, who guided me in finding STEM-related courses that were not the norm with previous students, so I’m thankful for that.”

She also took away the importance of speaking different languages. “It’s common [in Europe] to see people who speak three to five languages, whereas here it’s just one; [you and I are] lucky we know two!” As an example of the advantages of being multilingual, Jacky recounts one of her first jobs out of college, working at Lockheed. “I was working on satellite proposals and there was one that Spain was proposing for Hispasat. They put me in the project because I had the Spanish Translation BA; I was already there [at Lockheed] because of my engineering background, but they needed…someone that spoke the language.” She has no doubt that knowing another language opens people up to different opportunities in their working lives. “You may not see the benefit right now, but it will come.”

She was delighted that Rutgers has opened a new agreement with the Valencia Polytech, which, as the only engineering student on the Spain program, she visited to audit courses.  As she said, “My space exploration part was like, ‘Let me see what else is out there and what I can do.’”

She encourages all students to consider going abroad, even if it means a certain amount of sacrifice. “As a student, it’s easier to travel.  A lot of people think, ‘Once I have a job, I’ll have the money so that I can go and travel.’ And it’s not always like that; when you’re working you have to be at work and can’t just take two weeks of vacation.”  She considers her time abroad an investment, even though she had to take out loans to make it work. “It’s worth it because you take the experience with you.”

In her case, she’s taken it all the way to Mars.