Rutgers Global@RutgersGlobal
RT @ruglobaled: Interested in a global experience? Join us from Januar 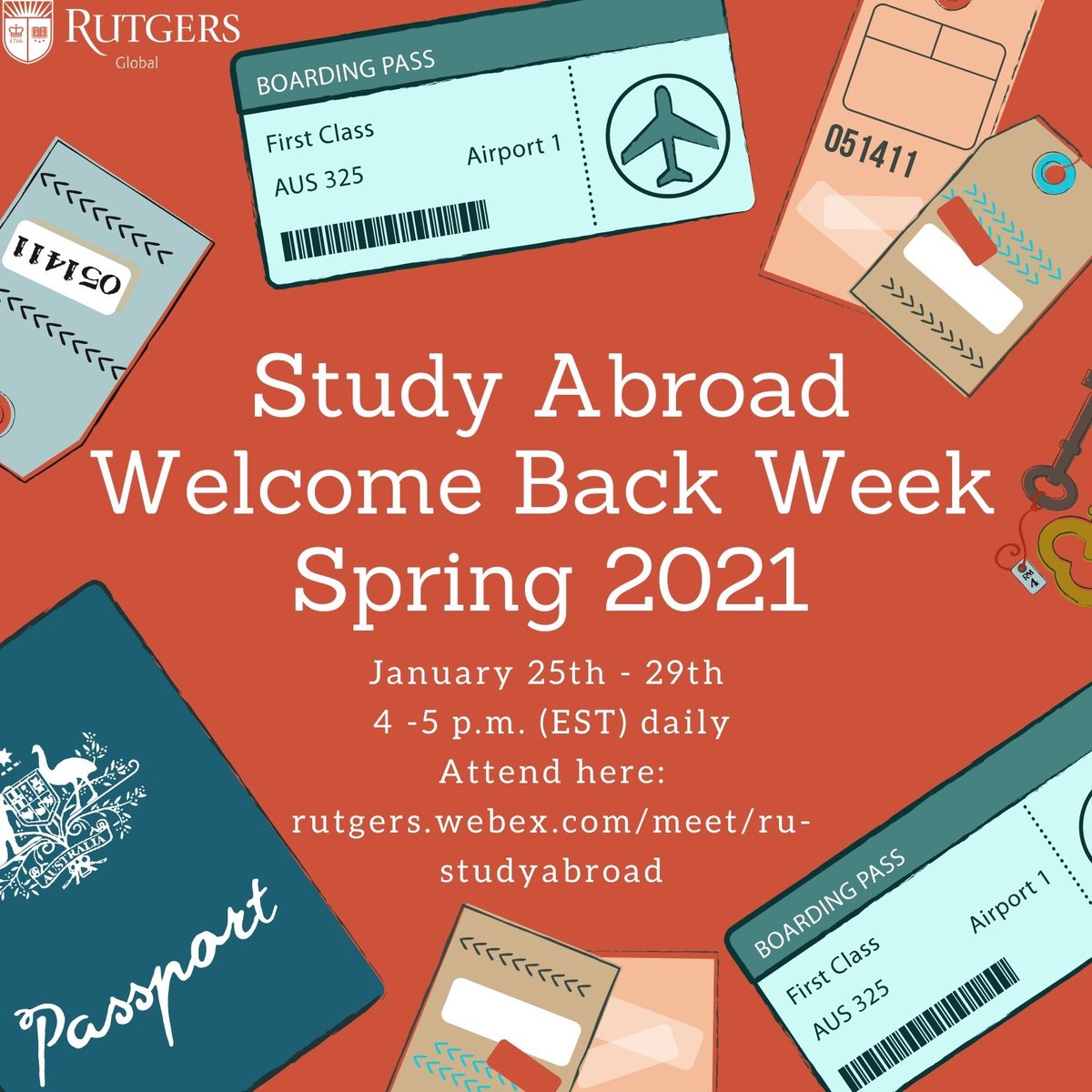 Calling our international students! Sign up for a 90min workshop. To c 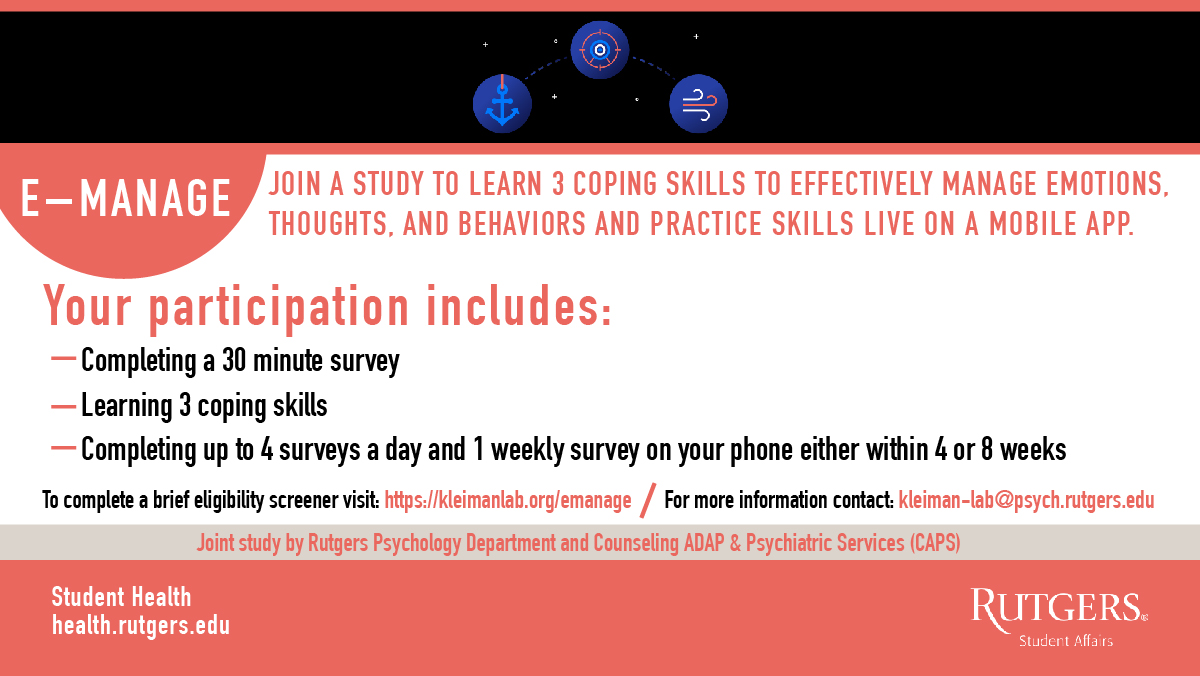 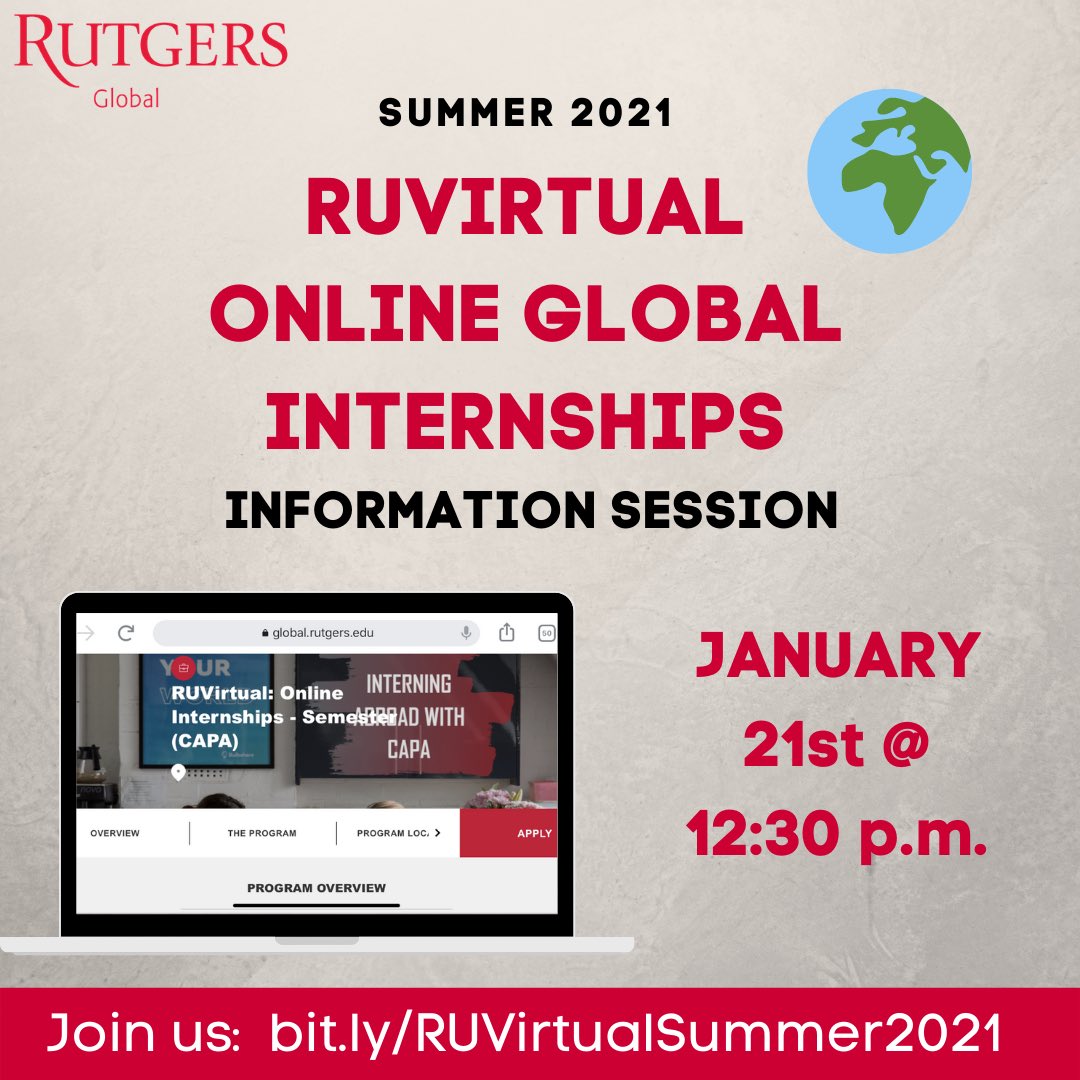 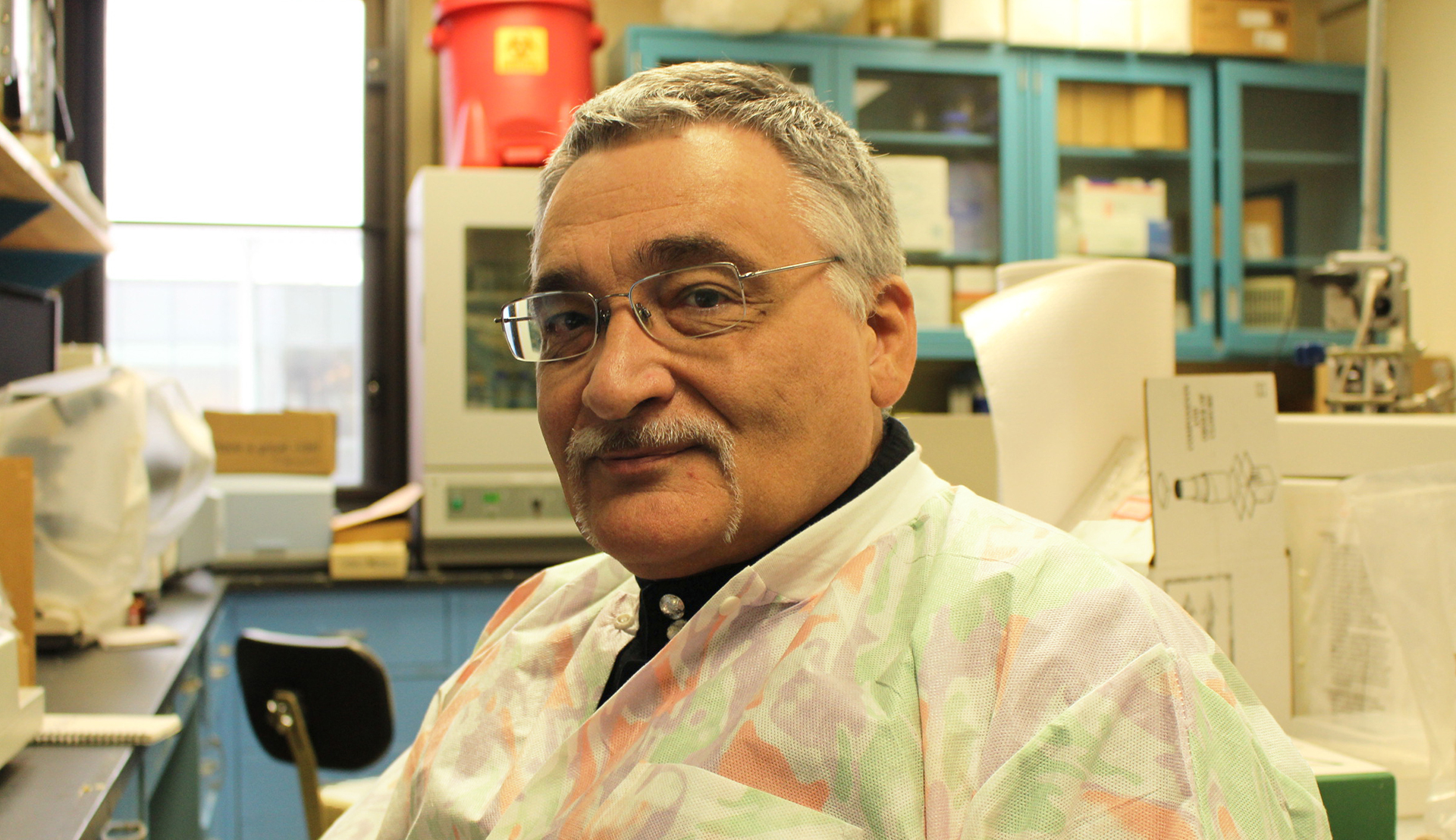 Dr. Michael Chikindas, a microbiologist and a professor in the food science department at the School of Environmental and Biologicals Sciences, has a career spanning the globe, researching probiotics and antimicrobial proteins that can have huge impacts on global health. We recently had a chance to talk with Dr. Chikindas about his background, the Health Promoting Naturals Laboratory at Rutgers, and what’s next for him in international research.

You’re a food science professor with foci in infectious diseases and microbiology. How did you get involved in this field?

Growing up, I was surrounded by many friends of my parents who were microbiologists and biotechnologists. For me, there was always an interest in the “little creatures.” I obtained a Ph.D. in microbial genetics—an obvious path to microbiololgy.

The area of food science was an unexpected, but natural way, for my professional career. When you work with microorganisms that can contribute to human health, unavoidably—sooner or later—you are looking at microorganisms that can contribute to food products. You start thinking about dairy and probiotics present in the food. In other words, you think about the “good guys” and the “bad guys.”


You’ve had quite a career that began in Europe and still involves partners from all of the world. How did you come to Rutgers?

I was invited to work on a project in the Netherlands. At that time, I started working on antimicrobial proteins, and we were competing with a group at Rutgers doing research in the same field.

We had differing opinions and different views. Eventually, I left Europe and began work at the medical center of Louisiana State University. When I moved, I communicated with all my colleagues to tell them. At the time, one of my colleagues was about to become the chair of the food science department at Rutgers, and he wrote to me and asked how I felt about watching his lab while he was away conducting administrative business—even though we had fundamentally different viewpoints.

I agreed, and he told me, “Keep the lab going, and don’t destroy anything.”

I guess I did a good job.

You run the Health Promoting Naturals Laboratory at Rutgers, and it has a pretty important impact on human health. What is your vision for the lab and what kinds of research do you conduct?

The Health Promoting Naturals Laboratory may sound redundant, but it came up naturally. We are working with nature derived antimicrobials, and we are putting a lot of emphasis on the health promoting beneficial microorganisms.

What are antimicrobial proteins and probiotics, and where can they be found?

Antimicrobial proteins are the first line of defense—to stop the intruder. For bacteria, they serve many functions—they are signal mediators, they are sensing molecules, they protect the ecological niche of the organism from competing bacteria. In short, I would say without hesitation that every living creature is producing various antimicrobial proteins.

The World Health Organization’s (WHO) definition is straightforward—probiotics are live bacteria that deliver a scientifically measurable positive effect when administered in adequate amount. The general public needs to know that probiotics may come from food are ingested, or they may come from the human body’s commensal microbiota, or any other environments.

Complementary medicine is also a National Institutes of Health focus—it’s when substances other than conventional antibiotics [like antimicrobial proteins and probiotics] are introduced into treatment in such a way that they enhance the activity of the known antibiotic and can help fight against antibiotic-resistant pathogens.

Nature is still hiding from us so many of these substances.

Your classroom and your lab is “truly international.” How so?

Think about it differently, the food gathering period in human evolution and our diversity in production today. Gathering doesn’t require unique and different tools. Hunting the animal or picking berries from the bush and picking something from a tree doesn’t, either; we are eating. As soon as we have food production, we have such a diversity. Then, you can see how different cultures and different climate conditions contribute to the diversity of the different types of food.

I hope one of my substantial contributions to our department is the development of the “Food Microbiology” course, which when I came, did not exist. Promoting internationalization is very easy to do in the course I teach, “Food Microbiology,” when you are talking about the role of food and the role of microorganisms… and each country has its own unique products. In this class, students are making their own presentations, and every year we have students sharing their knowledge about fermented food products from their home countries—immediate culture and scientific exposure.

We’re really very blessed at the environment here at Rutgers. We have visitors from virtually all over the world. We have international students doing research and Fulbright scholars or fellows from Spain, Denmark, Germany, Iraq, Israel, Mexico, Brazil, India—those are just off the top of my head. The Health Promoting Naturals Laboratory is, by definition, an international laboratory.


Rutgers has many facilities to attract international scholars and students. Please give an example of one.

You know about the New Jersey Institute for Food and Health? It’s a beautiful building. We just recently secured a fantastic piece of equipment called SHIME—we are one of two places in the country, and the only university, that has it.

Basically, SHIME is a simulator of the human gastrointestinal tract, so instead of using animals, we can see these processes … with a certain level of approximation, but it’s very sophisticated. It’s being fed three times a day as any normal human being. The important parameters such as feeding, temperature, pH are all computer-controlled.

It allows us to study a variety of things, such as the influence of drugs and substances on human microbiome and how you can modulate and influence metabolic processes/disorders.

You just spoke of the internationalized culture of the lab here at Rutgers. The lab has many ties to research abroad, as well. To what kinds of international research projects have you contributed?

My first international initiative dealt with dairy cultures in Caucasus of Armenia. This initiative was sponsorted by Danisco (now Danisco/DuPont). We wanted to collect unique samples of fermented dairy bacteria. Why here? The local population of highlanders wasn’t going to the supermarket, but for hundreds of years, was making their own dairy products—this meant that the dairy cultures there were more than likely different than the cultures used globally.

We traveled to Armenia to collect hundreds of samples from different mountain villages. The snow was so high, even in June, and we couldn’t even reach some places because the roads were so bad. We had tremendous help from Congressman Frank Pallone; he is a cofounder and co-chair of the Armenian congressional caucus. Dr. Shavarsh Kocharyan, who is a microbial geneticist and was my mentor on my master’s thesis, happens now to be the deputy minister of foreign affairs in Armenia—his help was also tremendous. As a result, we collected many dairy samples which were further studied by our colleagues, the investigators at the Yerevan State University in Armenia.

The next big project we had was in collaboration with Southern Federal University in Russia to study probiotic bacteria for use in poultry. Russian business is now rapidly developing. In the countryside, the farmers are looking for new approaches to be competitive and for their products to be attractive to the consumers, and the Russian government made some interesting decisions banning genetically modified organisms (GMOS) from food and animal feed.

Some industries are using antibiotics to grow muscle tissue—and as a prophylactic measure—in poultry. Our research, so far, indicates that we can replace [antibiotics] with probiotic materials to achieve really good results. Probiotics can improve the growth of the muscle tissue in the poultry being fed without antibiotics being added. And, the birds are consuming as much food as with the antibiotics. To conduct this study, we received a grant from the Russian government. I want to mention that this effort is also receiving tremendous support from the U.S. based organization, American Councils, and from Dr. Karwe, SEBS Dean of International Programs —I really don’t think it will be that effective if not for their support.

Dr. Huang and I also taught a short course there in English to advanced level students and young faculty on the issue of probiotics and health-promoting naturals in the food industry; and we expect Russian scientists to visit us here at Rutgers.

You’re working with colleagues at Yerevan State University in Armenia on the protective qualities of probiotic microorganisms against radiation damage, which could have significant impacts in the medical world.

Natural radiation is a big issue in Armenia. It’s happened historically. Also, in the past, this region was known as the area where a lot of mutations were present in the human population because of the high concentration of the chemical industry. The combination of the presence of natural radiation and the chemical industry has created an environment where the health status should be addressed.

Our goals are to identify probiotics that can improve health status of population and combat the risk of mutations. There are four varieties of trout of commercial interest in this area, so our second objective is to look at the possible use of probiotics in agriculture, specifically in farmed fishery. This is self-sponsored.

Yerevan State University is my alma mater. I feel that way I can give back something to the country that gave me the first portion of education. We have one paper published, and I plan to go there in June. It’s a very productive collaboration.

Do you plan to work with private industry to commercialize the results of some of your probiotics research?

Our emphasis is on translational science, or the effort that brings us the closest to the actual implementation of the research in real life. This is where we put the emphasis on our efforts. I’m not neglecting fundamental science; I’m seeing how fundamental mechanisms can be implemented and benefit human subjects.

We are shaping a collaboration between my lab and one of the biggest Russian manufacturers or probiotic microorganisms and dairy starter cultures. We will be able to initiate international research where our students can study the fermenting microorganisms and probiotics that are marketed by international companies. As for our own probiotics, we are now in the phase of negotiating conditions with several businesses.

Are there other areas of research you’re interested in conducting with international partners?

Wine is based in a variety of berries, and good quality red wines are coming from New Jersey. Yet, we don’t have a specialization/program in this area (oenology). I think this may be very interesting to development, and it’s one of the things I want to discuss with Armenia.

Why? Well, Armenia is officially identified as the country with the oldest wine-making tradition in the world—more than 6,000 years of history. In 2011, archeologists discovered a cave that was absolutely preserved, not damaged, where they found the ancient wine-making facility. The Armenian grapes are considered to be the origin of all grapes. And, the Armenian wine Zorah Karasi Areni Noir made  Bloomberg’s list of “10 best wines” in 2010!

The Agrarian State University in Armenia has a very strong group working on studying genetics and cultivation of the grapes—that’s what I want to do.