Learn more about CGHR's many projects below.

In response to the rise of hate in the U.S. and abroad, CGHR is convening a global consortium that will look at local manifestations of hate in a diverse set of contexts. The inaugural conference, “Bigotry and Hate in the United States,” was held at Rutgers on April 25-27, 2019. Consortium partners will subsequently hold conferences in Argentina, Bahrain, Canada, Japan, Norway, Paris, and South Africa, among other places.

Bigotry and Hate in the U.S.: Full Program
April 25-27, 2019 | Inaugural Conference | Global Consortium on Bigotry and Hate | Rutgers University, U.S.
Click the link above for a full program of the conference.

Bigotry and Hate in the United States, Pre-Conference Events
Click the link above for a listing of all pre-conference events, April 25-27, 2019

The Truth in the Americas project explores questions of memory, justice, and survival in the Americas through the lens of truth, examining its complexities as a concept and a lived experience. Over the last thirty years, truth has emerged as an important space for accounting for past violence in Latin America. In the wake of state terror, torture, disappearances, and genocide, communities have turned to truth as a grassroots response and challenge to political violence, through practices of memory and advocacy for justice that resists the erasure of their experience. States have also engaged truth as a form of transitional justice, using truth commissions and other modalities of truth in the wake of war, human rights abuses, and genocide. Yet, although truth has become critical to rebuilding civil society and democracy, it also represents a particular form of accounting, often existing in a constitutive tension with justice and the inherently contested nature of memory.  This project explores the plural and fractured nature of truth(s) as an opportunity to engage in a set of critical questions about truth in relation to violence and inequality in the Americas, as experienced in different nations and diaspora communities.

Since the coining of the phrase in the late 1990s, “transitional justice” has become a buzzword, embraced by scholars and practitioners alike. Hundreds of books and articles, chapters as well as several research institutes, and a journal have been dedicated to its analysis. Mechanisms of transitional justice have come to be seen as integral to the promotion of the rule of law the world over. Given this flurry of activity, and its far-ranging real-world effects, the “Critical Transitional Justice” project, a transatlantic partnership between three institutions of higher learning, will evaluate the theory and practice of transitional justice in a comprehensive, critical, and broadly interdisciplinary fashion. The project's approach is decidedly critical—and thus markedly different from existing approaches to the study of transitional justice. This project, which will consist of three workshops during the 2017-18 academic year – one in the New York area, one in London, and one in Amherst, MA – culminating in the publication of The Oxford Handbook of Transitional Justice in 2018.

Raphael Lemkin, who taught at Rutgers during the mid-1950s, had a dream: to end genocide. In 1944, he coined the word genocide and successfully fought for its 1948 criminalization in international law. CGHR’s Raphael Lemkin Project honors this legacy by hosting the following events on an annual or biennial basis: (a) the Raphael Lemkin Award held around December 9, the date of the UN Convention and the new International Genocide Remembrance and Prevention Day; (b) a lecture by survivors on the January 27 International Holocaust Remembrance Day; and (c) a Raphael Lemkin Lecture during the April Genocide Awareness month. In addition, the project recognizes distinguished students as Raphael Lemkin Student Fellows each year.

Rethinking Peace Studies (RPS) is a global initiative devoted to critically rethink Peace Studies from a multidisciplinary lens. The project involves bringing small groups of academic and practitioners from a variety of backgrounds to intensively discussed the past, present, and futures of peace studies. Each of the initial three seminars, held in Tokyo (November 2014), New York (March 2015), and Kandy, Sri Lanka (November 2015), focused on a thematic, “Translation,” “Memory,” and “Dialogue,” respectively.

Instead of delivering formal papers, participants were asked to contemplate a set of “classic” and current readings related to the given thematic and come prepared to begin a conversation focused on four questions: What does it mean to rethink something? What needs to be rethought in peace studies? What is one key question we need to ask related to peace studies? What is a critical reading we need to discuss?

The participants were brought together to present formal paper in Tokyo (June 2016) with a smaller follow-up in the Spring of 2017. The proceedings are being published in an edited volume, Rethinking Peace: Discourse, Memory, Translation, and Dialogue (Rowman & Littlefield, 2019).

Since its inception in 1995, the Documentation Center of Cambodia (DC-Cam) has been at the forefront of documenting the myriad atrocities of the Khmer Rouge era. Focusing on memory and justice, DC-Cam seeks to help Cambodians discover the truths upon which a genuine national reconciliation depends. As a major source of information about Cambodia’s genocide for academics, lawyers, journalists and the general public in Cambodia and abroad, DC-Cam is respected around the world and supported by sponsors, scholars and experts in the USA, Europe, Asia and Canada.

DC-Cam’s Public Information Room at Rutgers University was set up in 2005 in order to collect and disseminate information on Khmer Rouge history, with a particular emphasis on assisting the Cambodian North American community. This office also: serves as a reciprocal exchange between DC-Cam and Rutgers students and faculty; facilitates internships/externships at DC-Cam for Rutgers students; presents research and training opportunities for Rutgers students and faculty; and collaborates in exhibitions, conferences, and seminars.

Art of Hope: Preserving and Protecting Syrian Culture seeks to archive, protect and preserve, the musical arts of the great city of Aleppo. Besieged by conflict since 2011, Aleppo is one of the oldest continuously inhabited cities in the world, a city whose musical traditions have for centuries contributed in significant and lasting ways to world culture. The Art of Hope intends to protect and preserve Syrian musical culture by sharing Syria’s musical treasures with displaced, disenfranchised, young Syrians, many of whom are growing up very far from their homes. As such, the project is designed to preserve and transmit a cultural heritage rich in creativity and non-violence, and, in so doing, combat extremism.

Learning on the Move: Education for Hope & Resilience (2017-present) +

“There is no creativity if there is no Freedom.”
– Mouneer Al Shaarani, Syrian artist calligrapher

More than half of the world's 65 million displaced persons are children.  Many are traumatized by violence and the horrors of war, and their displaced status makes them particularly vulnerable to exploitation, abuse, and neglect.  Learning on the Move (LoMo) seeks ways to develop resilience, stability, and hope for these children through education. LoMo studies international education response efforts for internally displaced and refugee children.  The project supports response efforts by advancing policies that make education more portable for refugees among countries in their region; building capacity for quality teaching and monitoring its impact on learning; and enhancing linkages between universities/industry and K-12 education to ensure skills cultivated are relevant and meet the demands of the 21st century knowledge economy.

Promises and Perils of Diversity in Education Initiative + 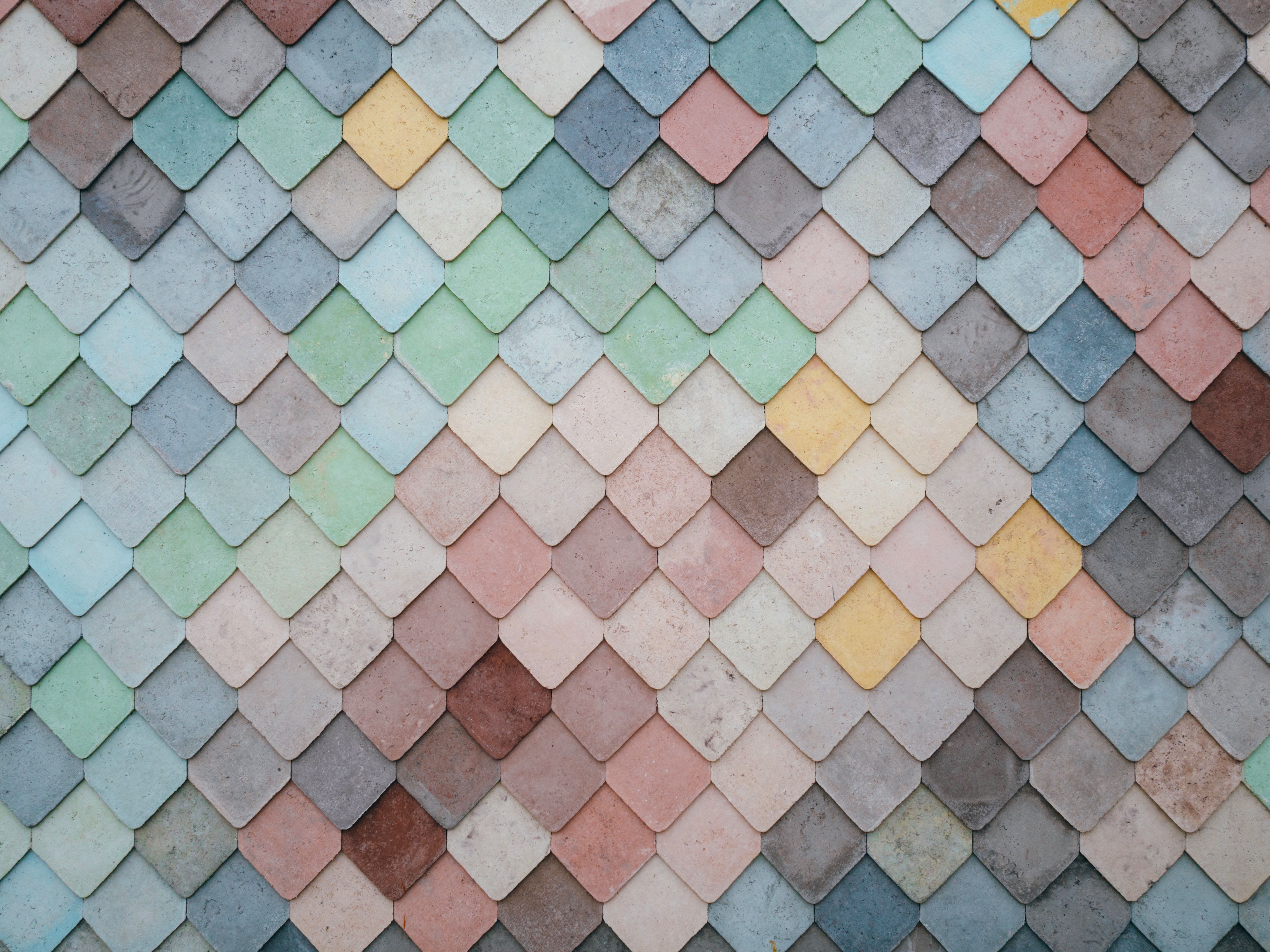 Engaging in diversity, equity, and inclusion efforts in education is critical work but it also presents a wide range of promises and perils for institutions and educators. Rutgers University’s Center for the Study of Genocide and Human Rights and Seton Hall’s College of Education and Human Services founded “The Promises and Perils of Diversity in Education Initiative” (PPDI) in order to explore these “promises and perils”.

PPDI seeks to explore how creating collaborative spaces, working across disciplinary divides, partnering with local and global communities can lead to innovative, impactful, and meaningful educational shifts in perspectives, practices, and programs regarding diversity, equity, and inclusion in 21st century educational spaces.

PPDI is group of professional educators representing a rich and diverse range of expertise, experience, and interests who meet monthly to engage in meaningful discussions, difficult dialogues, and program planning regarding the “promises and perils” of their efforts to cultivate inclusive learning environments. The work of this group is informed by research, practitioner based, and enriched by global understandings of the opportunities of challenges of this work.

The USA-Russia-Former Soviet Union Dialogue Project intends to engage in critical dialogue with academics, educators, political, cultural, and human rights activists in order to explore the political and societal processes in the FSU and, potentially, to establish mechanisms by which to improve mutual understanding. While Russia’s influence has grown significantly in the past decade, few independent post-Soviet states have cultivated a path towards democracy; human rights violations continue to go unchecked against a backdrop of protracted internal and external conflicts. Such conflicts fuel the rise of pro nationalist movements, facilitate ethnic cleansing, and foster anti-Semitism and xenophobia.

The Genocide and Atrocity Prevention Project’s (GAP) mission is to help prevent genocide and atrocity crimes. To this end and in keeping with the related CGHR goals and projects, GAP monitors and provides factual and scholarly information about emerging and on-going situations in which genocide and atrocity crimes are taking place. Launched in 2019 as a cross-campus and interdisciplinary working group comprising faculty and students, the first phase of GAP will involve the creation of a web-based platform of resources on potential and on-going atrocity crimes. After this pilot phase, GAP will turn to focus on monitoring and intervention. In addition, GAP will host related lectures, think tank sessions, and symposia.