Pursue the Ideal Internship or Job 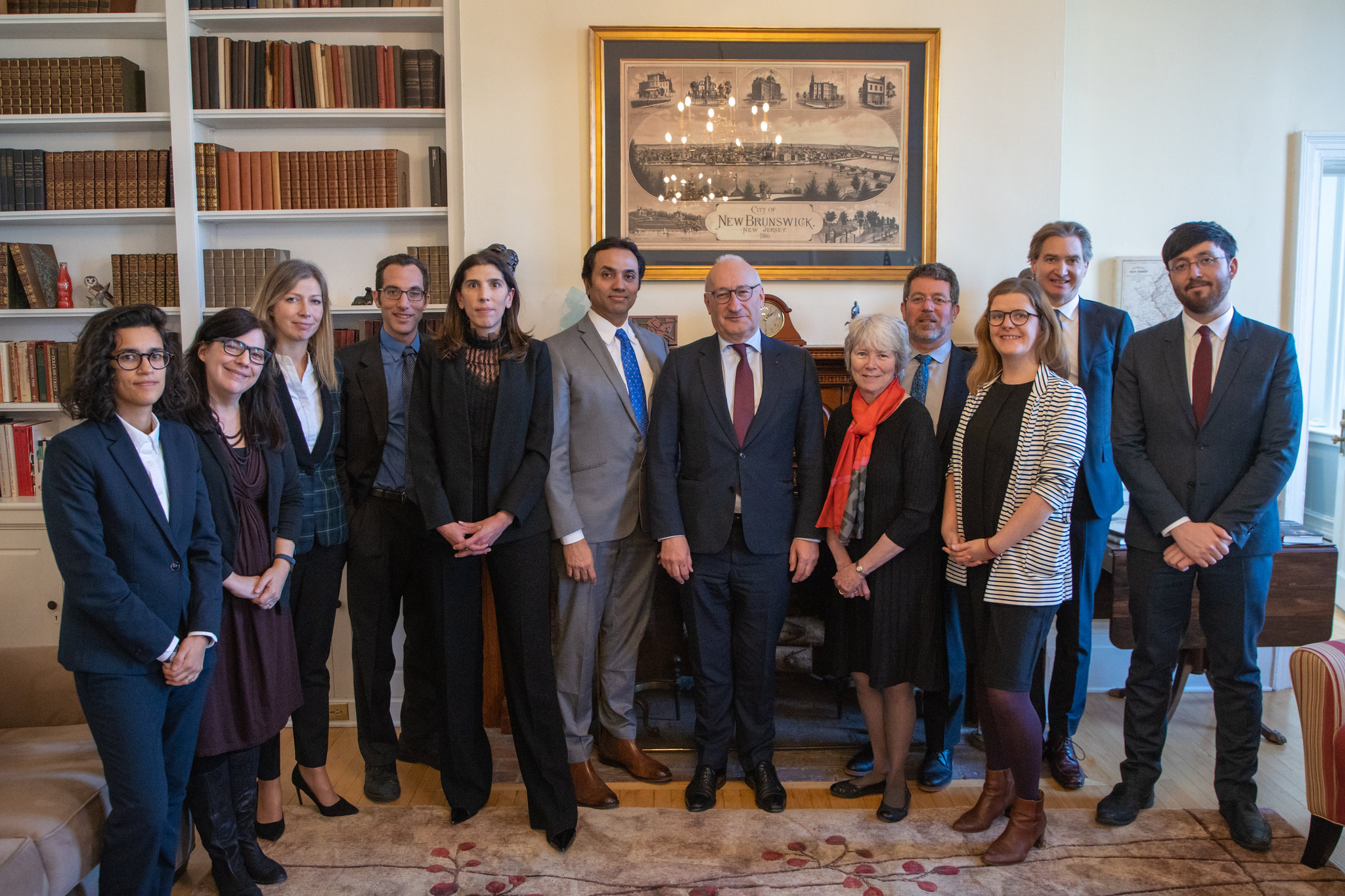 Rutgers University was honored to welcome Philippe Étienne, the Ambassador of France to the United States, to New Brunswick on January 21st. The Ambassador was at Rutgers to speak about France’s holistic climate plan as well as its energy and environmental priorities, both nationally and internationally.

Senior Vice President for Academic Affairs Barbara Lee introduced Ambassador Étienne, noting that the presentation would be of great interest to the Rutgers community since the University is home to some of the leading scholars and researchers on climate change as well as several research units focused on these matters, including the Rutgers Climate Institute, the Rutgers Energy Institute, the Rutgers Institute of Earth, Ocean, and Atmospheric Studies, and the Rutgers University Committee for Sustainability.

Mr. Étienne has served as Ambassador to the United States since 2019, and prior to that served as Diplomatic Advisor to President Macron. He has also served as the French Ambassador to Germany, as well as Ambassador and Permanent Representative of France to the European Union. His background is in economics and mathematics.

Ambassador Étienne gave a thoughtful presentation about the dramatic consequences of climate change, referencing the recent fires in Australia. He discussed the Paris Agreement as well as France’s ongoing commitment to fight climate change, detailing how essential science is to the cause, as well as the increasingly important role of the private sector. After the presentation, Professor Pam McElwee, a nationally respected scholar on climate change and a 2019 Andrew Carnegie Fellow, moderated a lively discussion with the audience. (To see the presentation, please click here for a video.)

The event took place at Winants Hall on the College Avenue campus, and the audience was comprised of students, faculty, and staff. Professor Robert Kopp and Professor Kevin Lyons, who are co-chairing the new President’s Task Force on Carbon Neutrality and Climate Resilience were in the audience.

Rutgers University has a rich connection with France. There are currently 23 undergraduate and graduate-level students from France studying at Rutgers–New Brunswick and Rutgers Biomedical and Health Sciences, as well as 11 research scholars. Rutgers also regularly sends students from Rutgers to study in France, and vice versa, through Rutgers Global – Study Abroad. Over the past few years, Rutgers has hosted 38 study abroad students from France and we have sent 120 Rutgers students to France for year-long, semester-long, or summer programs. Several schools at Rutgers have also welcomed French students to conduct research-based internships, coming here from Université de Bordeaux, École Polytechnique, and Université d’Angers. In 2019, Rutgers University joined the International Research Experience Partnership (IREP)—a joint initiative of the Big Ten Academic Alliance and France’s FIGURE Network—to offer, through its School of Engineering, short-term research opportunities for French students.

To watch a video of the presentation, please click here.
Here are some photos from the event.