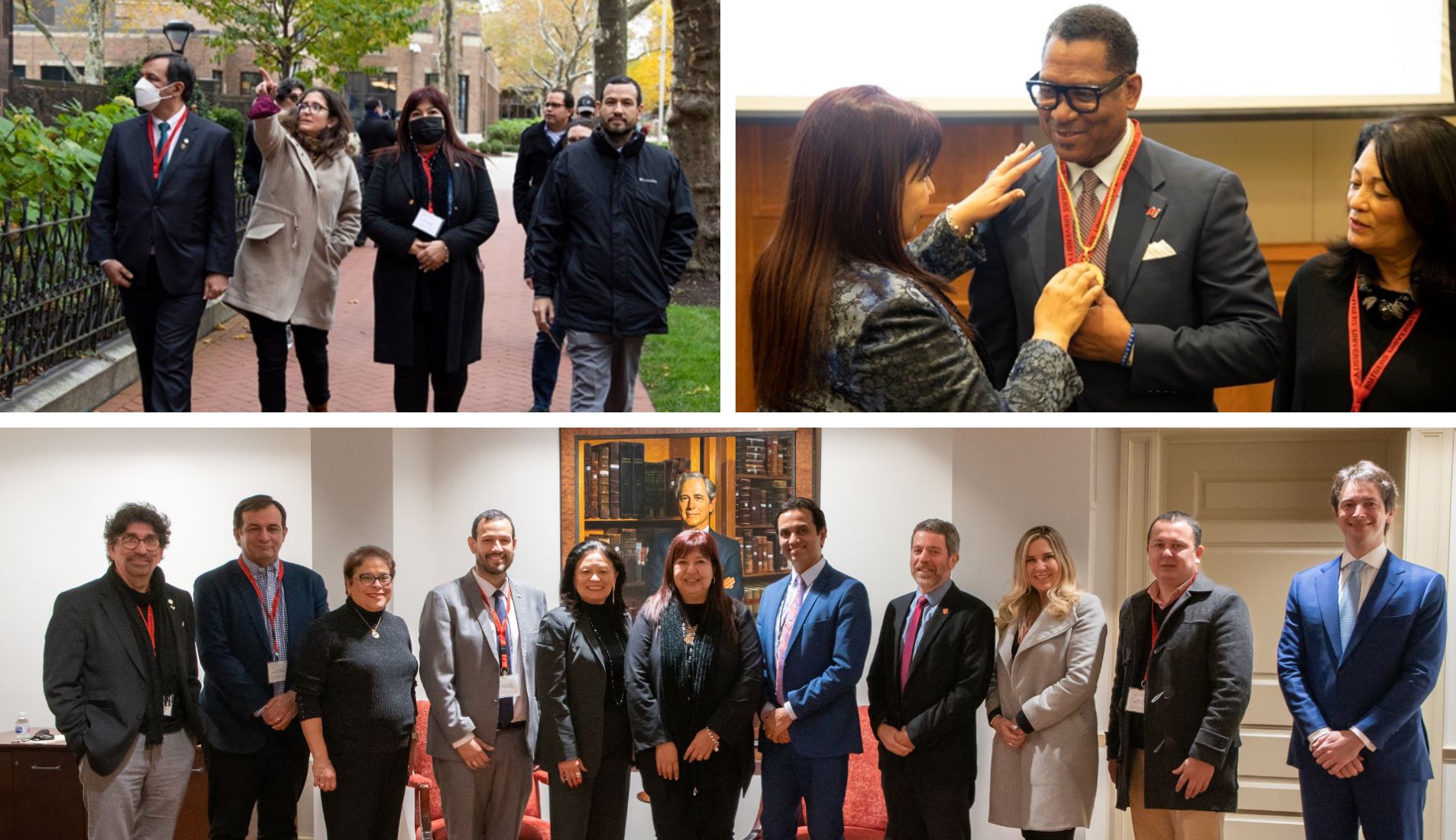 Rutgers University–Camden hosted a delegation of academic leaders from Universidad Nacional de Asunción (UNA), Paraguay’s largest university, for a weeklong visit as part of a partnership and a multifaceted project between the two universities.

Gloria Bonilla-Santiago, a Rutgers Board of Governors Distinguished Service Professor and director of the Community Leadership Center at Rutgers–Camden, initiated the partnership when she was a Fulbright Specialist in Paraguay from 2017 to 2018.

“I fell in love with UNA because part of the work they wanted to do was to develop a university of the future,” Bonilla-Santiago said.

Rutgers University–Camden Chancellor Antonio D. Tillis, a scholar of Afro-Hispanic studies who is fluent in both Spanish and Portuguese and has traveled extensively in Latin America, met with the delegation on Monday.

“As we all know, the world is getting smaller and smaller,” Tillis said. “The global world is upon us, and international exchanges are important not only for research faculty and our staff, but provide even more valuable experiences for our students.”

The overarching partnership has four goals: fostering research; transforming UNA into a 21st-century university; training ambassadors in Paraguay; and building NGOs that reach out to Paraguay’s vulnerable indigenous populations. A foundational development of the partnership was the creation of the Higher Education Center for Ethics, Equity and Transparency (HECEET) in Paraguay, which is a comprehensive, three-year initiative spearheaded by the Rutgers University–Camden Community Leadership Center and funded by a $3 million grant from the United States Agency for International Development (USAID).

Under Bonilla-Santiago’s direction, HECEET encapsulates the collective vision of its partners and cosponsors for the development of an institutional structure within UNA that promotes ethics, equity and transparency in all sectors of Paraguay. It is committed to extending the vast resources of UNA beyond its 55,000 students and to the larger Paraguayan community in the areas of research, extension programs and academic programming.

Zully Vera de Molinas, rector of UNA, led the delegation from UNA and said the partnership will make a difference in Paraguay.

“These two weeks of collaboration, both here in and Paraguay, have been exceptional,” Bonilla-Santiago said. “This partnership will benefit UNA and the nation of Paraguay, but also will enrich Rutgers University faculty, staff and students through the connections we are making with our friends in Paraguay.”

This article originally appeared on the Rutgers University–Camden website on November 19, 2021.