Ifrah Akhtar has a longstanding love of Korean culture. A fan of K-pop for years, she corresponded with a South Korean pen pal for a decade. However, the idea to experience Korea firsthand through a study abroad program seemed out of reach.

The 2019 Rutgers graduate with a major in religion and minor in women’s and gender studies started thinking about study abroad when she was still in high school. However, her parents expressed concern about her traveling alone as a Muslim-American woman.

“We had summer excursions at my school, but I could never go,” Ifrah said. “I was too young to do that in my parents' eyes. Given the tense political times, my parents worried even more.”

But her parents’ hesitation did not stop Ifrah from reaching for her dream. She says it was fate that placed her as a work study student in the Rutgers Global–Study Abroad office her freshman year. By working in the office, she was able to gather the information and tools to show her parents how serious she was about the opportunity.

First, she identified a program with a strong academic reputation that would also support her personal, cultural, and religious needs.

“I believe choosing the Ewha program is what helped calm [their] fear. Ewha University is a prestigious women’s university in South Korea. Even though the summer program is co-ed, there is a strict sexual harassment policy active on campus.”

Another concern for Ifrah, and her parents, was money.

“I come from a family that literally lives paycheck to paycheck, so the thought of traveling to another country didn’t even exist in our universe,” Ifrah said. “My parents saw this barrier as a challenge for me, [but they said] if I raised the money to study abroad, then they’d let me go. I gladly accepted.”

Enter a supportive supervisor and the Benjamin A. Gilman Scholarship.

During her time working at Rutgers Global–Study Abroad, Ifrah worked closely with Kelly Andrade, the registration and financial coordinator for the office, who encouraged her to apply for the Gilman, a competitive national scholarship open to students who are U.S. citizens and Pell Grant recipients.

Ifrah applied and was awarded the Gilman scholarship, which covered about half of her summer program expenses in South Korea. At Ewha, Ifrah was able to take two English-taught courses—"Korean History and Culture” and “Living Religions in Korea”—both of which included excursions around Seoul.

“I was excited to go to Ewha, but the program exceeded my expectations,” Ifrah said. “The interactive aspect of my courses made all the difference. They helped me feel like I was a part of the South Korean culture. One of my professors ended up including an Islamic component in his class. I never expected to find an Islamic side in South Korea. We visited a mosque, a whole part of Seoul that felt like downtown NYC (Halal Guys included), and even got to speak to some Korean Muslims. I’m extremely grateful to this professor for including Islam in his religion class; he made the course feel like a safe space and allowed me to share my religion with my peers.”

However, the experience didn’t come without challenges.

Ifrah was abroad in Seoul during Ramadan, a holy month in the Islamic faith during which Muslims fast from sunrise to sunset.

“I was grateful to meet other Muslims attending the program and we formed a network of resources that we could turn to for all this. We eventually did find a prayer room that we could use between classes; we found vegetarian and halal places we could eat at, as well as 24/7 delivery, campus vending machines, and convenience stores. We were all struggling, but it was inspiring that we, Muslims from all over the world, found help and comfort with each other.” 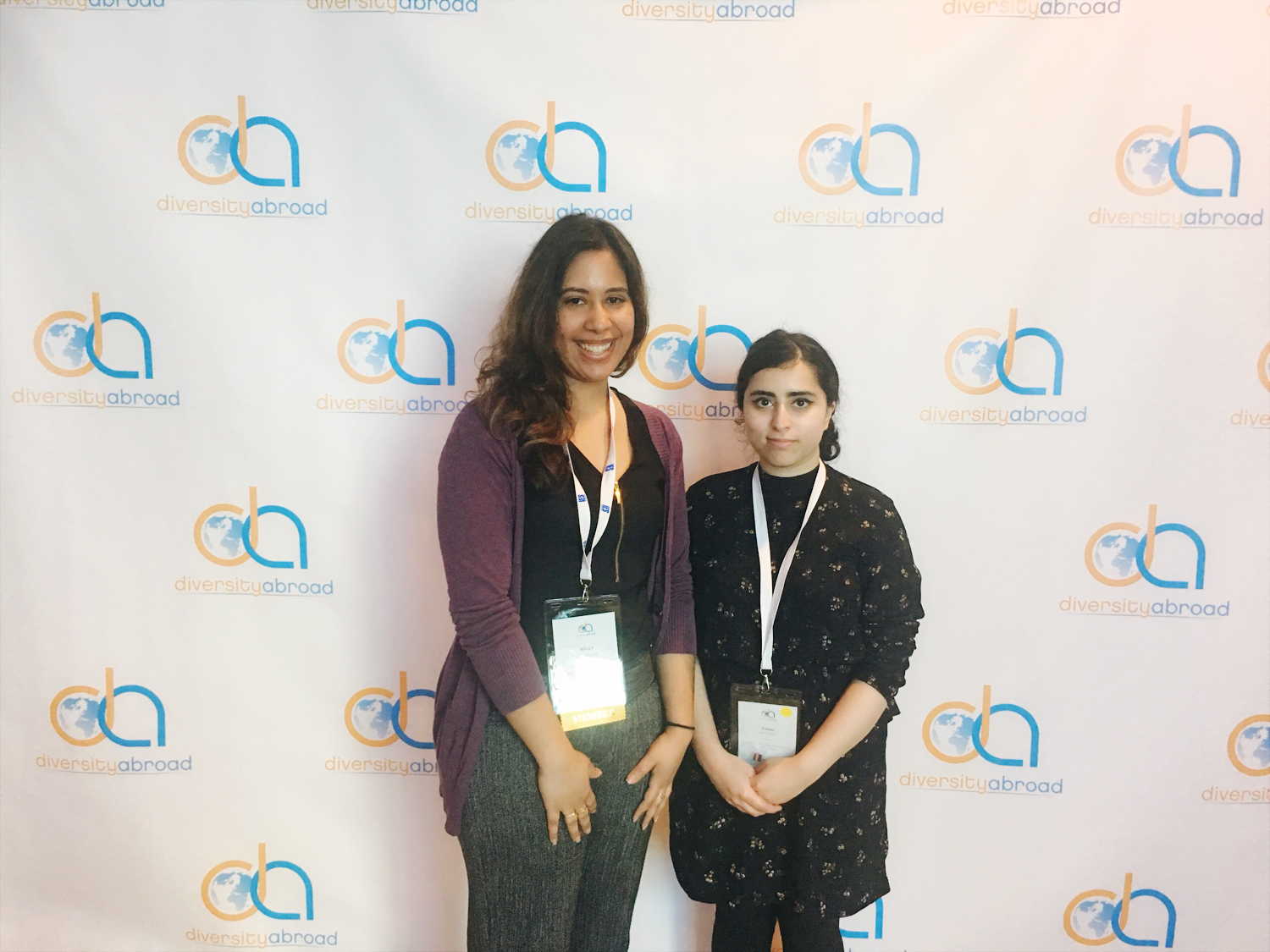 As a Gilman Scholar, Ifrah was required to carry out a “follow-on service project” upon her return from South Korea. She decided to draw from her personal experience as Muslim woman studying abroad.

“Once I was in Seoul, my struggles navigating the food and prayer scene solidified my project idea,” Ifrah said. “I began thinking about what kind of resources and stories I would like to see if I was a Muslim applicant thinking about global study. Being exposed to the conversations and environment at the study abroad office helped me brainstorm these resources, not just on the level of the student, but from the perspective of an adviser as well. I took my own advice and research tips that I presented to my parents, the resources I used while abroad, and some conversations I had with other Muslim students to form my guide for Muslims Abroad. This is a valuable resource because it’s that first step, the opening of the door or starting the conversation, when it comes to studying abroad.”

Impressed by Ifrah’s thoughtful and impactful project, Kelly and the Rutgers Global–Study Abroad team encouraged her to present her project at the annual Diversity Abroad Conference in April 2018, where she received a lot of positive feedback from attendees.

“I was told by many administrators, professors, senators, diplomats, advisers, and staff that my project struck a chord with them,” Ifrah said. “They never even considered the needs of their Muslim students. Even though I didn’t win at the competition, my project was out there, and people were thinking about it. That, in itself, is a win.” 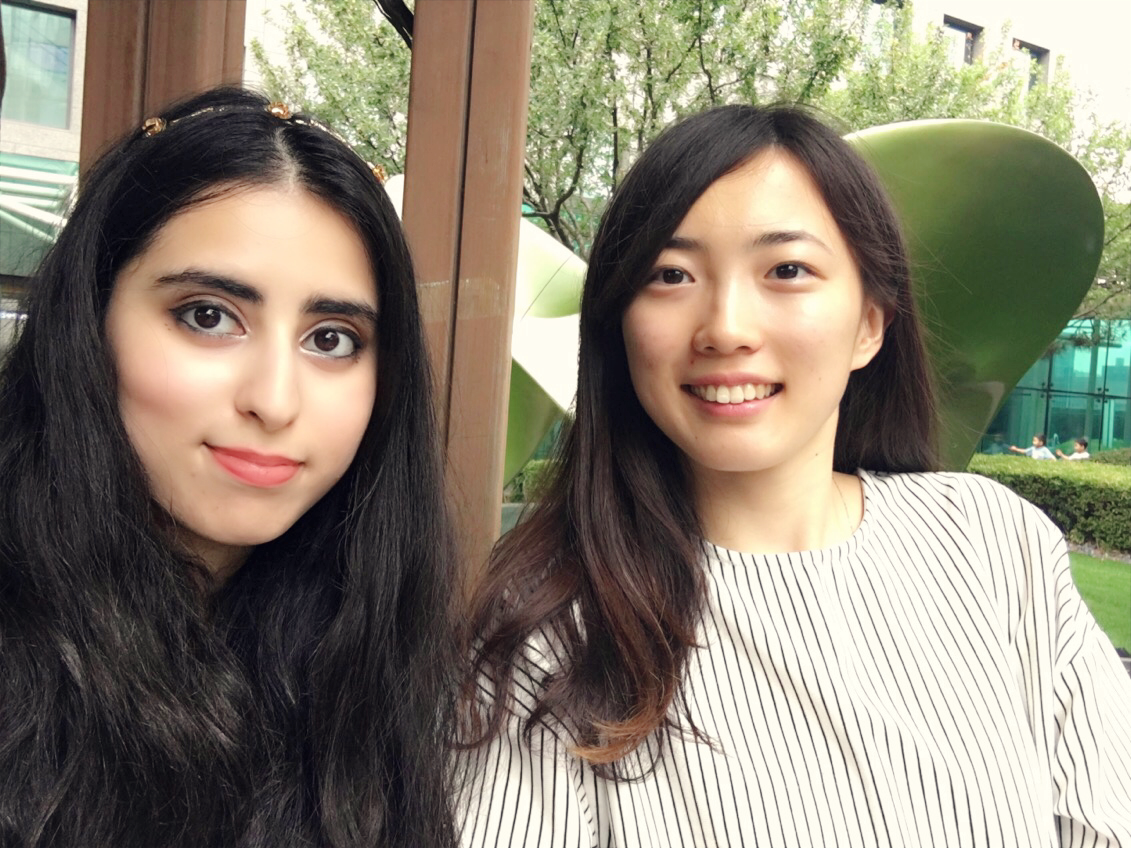 Remember Ifrah’s pen pal of ten years? They were able to meet for the first time while she was in Seoul.

“We have been writing letters to each other for ten years and this was the first time we [met] in person,” Ifrah said. “It was like coming full-circle. She showed me some of her favorite spots and both of us felt surreal that someone we only knew through words and pages was actually a real living person!“

Even though she has graduated, Ifrah is still working on building the Muslims Abroad website and helping to spread her resources to Muslim students at Rutgers and beyond.