Access the World: Global Education for Every Rutgers Student 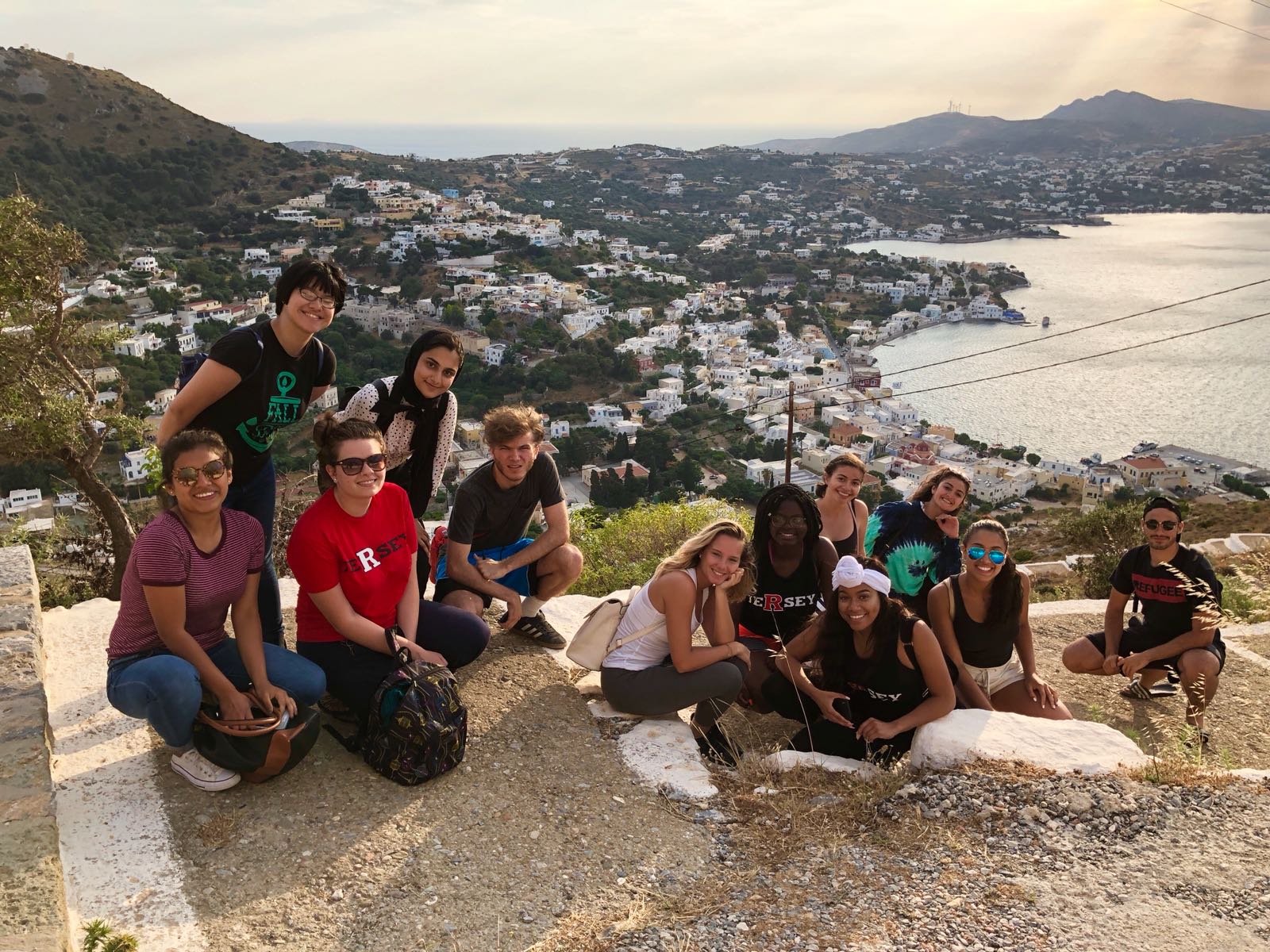 Dan Waite grew up on a small island in the Caribbean and came to the U.S. for college. In order to afford college, like many other students, he worked while attending classes. He would see signs and flyers around campus about study abroad programs but never thought these promotional materials were geared toward him. “I assumed that in order to study abroad you had to be wealthy, not a student depending on financial aid and working part-time to make ends meet.”

During Waite’s senior year, a friend talked him into applying for a two-month study abroad service-learning course in China. He wasn’t sure he could afford to participate, but he found some sponsors who helped cover his expenses, and now says that the experience was nothing short of life-changing.  He noted, “I can honestly say studying abroad in China changed the entire trajectory of my life.”

Given that Dr. Waite is now the Director of Rutgers Global–Study Abroad at Rutgers University, it seems a fair assessment.

When Waite started as the director in the beginning of 2019, one of his first goals was to increase student participation in study abroad at Rutgers, particularly for students who are traditionally underrepresented in study abroad. He formed student focus groups to talk about the possible barriers to participating, and the resulting feedback from students was clear: cost was a significant factor.

Lloyd Pearson, who studied abroad for two semesters while a student at Rutgers, participated in the student focus groups. During the focus groups, he remembers realizing that when students at Rutgers come to the Study Abroad Fair and see all the course options in far-away places like Paris and Shanghai, their first thought is that it’s too expensive. “But, it’s easy to forget that living in the tri-state area, so close to New York and Philadelphia, is expensive too,” he said.

“Talking to the students made us wonder what it would look like if we could identify 30 study abroad programs that cost the same or less than a semester at Rutgers,” said Waite. “With more than 180 study abroad programs, we knew we could identify some programs easily, and for the programs that were close to the right cost we decided to leverage scholarship opportunities to bridge the gap,” he added. In addition, Associate Director of Study Abroad Lauren Meregalli Ferrer led a task force of Study Abroad staff who went to work identifying new inspiring and affordable program options. In the end, a partnership with the University Study Abroad Consortium (USAC) led to the addition of ten new programs.

With all the pieces falling into place, the Access the World initiative was launched earlier in September just in time for the fall Study Abroad Fair on the College Avenue campus. With the tagline, “break boundaries, not the bank,” it is clear that this initiative is focused on inclusion and affordability. The list of 30 programs is comprehensive and spans the globe with programs offered in China, Barbados, Kenya, Sweden, Greece, New Zealand, Brazil, Thailand, and Uruguay, among other destinations. (To learn more about the programs and the costs, visit this page: global.rutgers.edu/access)

With Access the World, Waite and his team at Study Abroad are aiming to do nothing short of changing the accepted narrative about studying abroad. “It’s important that students don’t view studying abroad as a ‘fluffy extra’ of the college experience, but as absolutely essential,” said Waite.

Research shows that studying abroad has innumerable benefits for students, such as building self-confidence, having a positive impact on career, salary, and personal development, and even leading to a higher grade point average. Studying abroad ultimately prepares students to comprehend the realities of our globalized world so that they can better meet their responsibilities as citizens. A recent presentation published by the Consortium for Analysis of Student Success through International Education (CASSIE) shows that, contrary to accepted wisdom, studying abroad actually helps with graduation rates, and is especially beneficial for underrepresented minorities and students on need-based aid.

Rutgers University has a highly diverse student population with a large percentage of students who are ethnic minorities, 1st generation college students, and Pell recipients. With Access the World, the Rutgers Global–Study Abroad team is aiming to develop a robust culture of global education. Waite said, “We believe that Rutgers has the opportunity to shape new models of study abroad at the forefront of the field—models that are particularly designed to serve the diverse student populations that represent the future of U.S. higher education.”

The goal for Access the World, in tandem with several other initiatives addressing curriculum and culture issues impacting student decisions to study abroad, is to double the number of students from Rutgers studying abroad over the next 5-7 years. “We will keep expanding our programs and other ways to make global education relevant and affordable,” said Waite. “We want to increase the awareness that global learning opportunities don’t need to be out of reach.”

Although Pearson himself was initially a bit overwhelmed with the many available programs at Rutgers, he said that the Study Abroad staff helped him find the right programs for him. “They put me at ease,” he noted, “And with my two semesters in Rome and Paris, I was able to take courses in my major and minor that transferred easily so I could graduate on time.” Pearson, who graduated in 2018, is now a part of the staff of Rutgers Global–Study Abroad and has been looking forward to seeing Access the World officially launched. “It’s been so great to see the work of the student focus groups and staff research translated into this new initiative,” he said. “I believe that students at Rutgers need to know that study abroad is attainable for every student.”