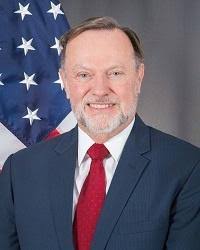 As part of its Global Visions & Voices series, Rutgers Global is proud to present “Why Africa Matters for U.S. Foreign Policy,” with Tibor P. Nagy, Jr., Assistant Secretary in the Bureau of African Affairs at the U.S. Department of State.

Ambassador Nagy, a retired career Foreign Service Officer, spent 32 years in government service, including over 20 years in assignments across Africa. He served as the United States Ambassador to Ethiopia (1999-2002), United States Ambassador to Guinea (1996-1999) as well as the Deputy Chief of Mission in Nigeria (1993-1995), Cameroon (1990-1993), and Togo (1987-1990). Previous assignments include Zambia, the Seychelles, Ethiopia, and Washington, DC.

Ambassador Nagy has received numerous awards from the U.S. Department of State in recognition of his service, including commendations for helping prevent famine in Ethiopia; supporting the evacuation of Americans from Sierra Leone during a violent insurrection; supporting efforts to end the Ethiopian-Eritrean War; and managing the United States Embassy in Lagos, Nigeria during political and economic crises.

Following his retirement from the Foreign Service, Ambassador Nagy served as Vice Provost for International Affairs at Texas Tech University from 2003 – 2018. During that time he lectured nationally on Africa, foreign policy, international development, and U.S. diplomacy, in addition to serving as a regular op-ed contributor to the Lubbock Avalanche-Journal newspaper on global events. He co-authored “Kiss Your Latte Goodbye: Managing Overseas Operations,” nonfiction winner of the 2014 Paris Book Festival.

Ambassador Nagy arrived in the United States in 1957 as a political refugee from Hungary; he received his B.A. from Texas Tech University and M.S.A. from George Washington University.

A note about event parking: Non-Rutgers attendees of Ambassador Nagy’s presentation may park in Lots 26, 30 & College Avenue Deck without permits. Please register your vehicles at: bit.ly/TiborNagyParking. Special event parking and special event permits are only for visitors to the University which does not include free metered parking. Rutgers faculty, staff, and students must park only in lots they are authorized to park in.