Live with a Moroccan family and travel throughout the country, all while developing your Arabic language skills

Students have the opportunity to study both Modern Standard Arabic and Moroccan Arabic. In addition to academics, students benefit from an opportunity to live with a Moroccan family. During each of the two summer sessions AMIDEAST organizes a one day trip to different parts of the country. Past excursions have included trips to Asilah and El Jadidah. 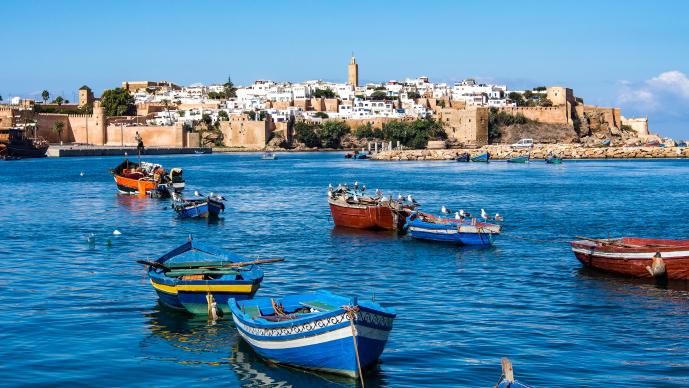 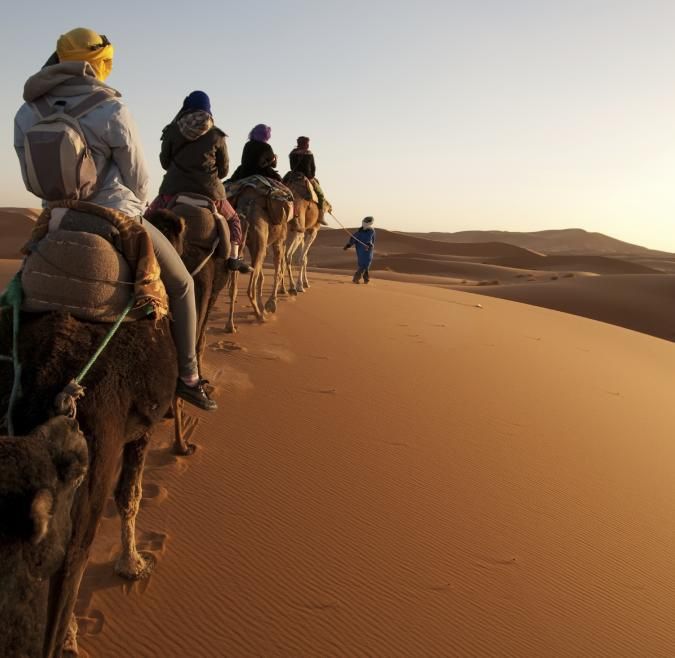 Rabat, the capital of Morocco, is perched on the Atlantic Ocean, in proximity to Gibraltar, Spain, and Portugal. Its white buildings, shimmering against the blue sky and sea, make a dazzling impression. In the 12th and 13th centuries Rabat became the key fortified center of the Almohad Empire, and imposing monuments and ruins of this age remain to this day. The Moroccan royal family still resides there in a splendid palace complex. The oldest quarter of the city (the “medina”) is a maze of shops, with a plethora of items on sale, including pottery, leather goods, fabrics, jewelry, antiques, and the some of the most beautiful vegetables in the world!

In order to have an idea of what classes are available, you should visit the AMIDEAST Morocco website.

You will need to be sure that you are registered as a full time student according to AMIDEAST and Rutgers University. All students will take Modern Standard Arabic for 5 credits per summer term and Colloquial Arabic for 1 credit per term, for a total of 6 credits per term.  For students whose proficiency is beyond the advanced level, a tutorial program will be arranged to address their specific interests (Media Arabic; Arabic literature; Classical Arabic texts, etc.)

Students must leave the United States the day before the start of the program.

*All dates are subject to change.  Do not book your flight until you have been accepted by AMIDEAST and the academic dates have been confirmed.

Students enrolled in the AMIDEAST Summer Program in Rabat will live with Moroccan families that have been carefully screened by AMIDEAST from a database of qualified applicants. Students usually are placed with families who have previous experience hosting American students through AMIDEAST. Most host family members speak Arabic as a first language and also speak at least some French; a minority speak Spanish or Amazigh (Berber) as well.

AMIDEAST matches students with host families using a variety of criteria. While all placement preferences may not be met in every case, AMIDEAST will strive to make the best match to ensure a rewarding and pleasant living experience. In the event of a problem, AMIDEAST Education Abroad Program staff members will be available either to mediate or to arrange a new host family placement.  Students living with host families will be provided with all meals by their host families but may find that some days it is not possible to return to the family for lunch because of class schedules. 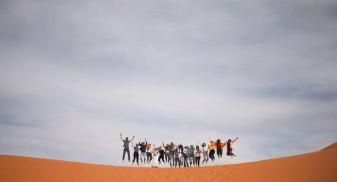 "Seventh grade Spanish class. I was sitting in the stuffy classroom expecting another day of activities, group conversations in Spanish, and just spending another class doing the same routine matters. However, that day was special. It was the day my teacher told me about her study abroad experience in Valencia, Spain. The pictures lit up the smart board, filling up every inch of the white surface and all I could do was stare in awe as she spoke. She described the colors, the food, the people, and I knew instantly studying abroad was something I had to do. She seemed so enlightened and in my twelve-year-old mind I wanted to be just like her. So, I kept that memory in the back of my mind as a constant motivation until it was finally time for me to study abroad. I did not end up choosing Spain, but Morocco. I had studied Spanish before and wanted to take a stab at Arabic as it was fascinating to me. Morocco was one of the few countries left that still taught Arabic, and I knew I had to seize the opportunity while I could. Learning the language of a country opens a whole host of learning to be taking place. The mind understands things differently in different languages, and understanding that allows the person to grasp the history and people of a place a lot better."