Where Are They Now?

The Mandela Washington Fellowship, the flagship program of the Young African Leaders Initiative (YALI), is one of the largest programs for Africa engagement sponsored by the U.S. Department of State’s Bureau of Educational and Cultural Affairs. Rutgers, along with 27 other universities across the US, works closely with the program’s implementing partner, IREX, to offer leadership programs that will challenge, motivate, and empower these inspiring young leaders from Africa.

Here are stories of some of the Mandela Washington Fellows we hosted at Rutgers University. 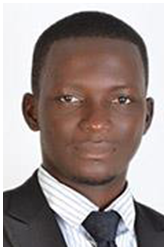 Essan Ako, a program manager for Radio Arc-en-ciel, came to Rutgers for the 2015 Mandela Washington Fellowship to learn more about how to grow his community radio station to aggressively address current affairs. The programming advises on issues and motivates young people—and women—to pursue projects that effect sustainable change.

Ako, who lived through the turmoil of a civil war in Cote d'Ivoire following the disputed 2011 presidential election, aims to bring a radio program to his constituency that is practical—and fun.

"We develop radio programs to help people get accurate information ...for example, about the necessity of having a birth certificate for a newborn," Ako said. "We also do a lot of entertainment programs because many listeners cannot afford tickets to [various entertainment events]."

After he returned from Rutgers, Ako put his voice to the test during the 2015 presidential election cycle. According to a recent profile by USAID, Ako asked residents to create messages of peace and hosted on-air election roundtables to further the spread of information. The elections were peaceful and fair, and Ivorians ushered in current President Alassane Ouattara with nearly 85 percent of the vote.

"It has really been a transformative experience here at Rutgers," Ako said. "I learned a lot.

He appeared in the GAIA Centers' Rutgers 250 TV show, Rutgers Around the World, in September 2016. 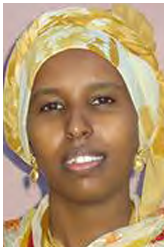 Khadija Isse participated in the Mandela Washington Fellowship in 2015 with a focus on trauma healing and social reconciliation as a result of a decades-long civil war in her home country of Somalia. Concerned about the lack of preserved history or story-telling, Isse was determined to change the world's perspective of Somalia.

Since the fellowship, Isse has launched a mentorship project in Somalia to educate young people about Somalia's history. She is actively involved in meeting and interviewing people who were involved with the Somali Youth League, a movement that brought independence to Somalia.

The Mandela Washington Fellowship provided her with invaluable information about bringing Somalia's rich culture, heritage, and history to the forefront.

"I learned a lot about how to organize a community to establish some kind of museum or a public library where we can find books that talk about our history... I had a lot of experience and fun at Rutgers," Isse said.

She appeared in the GAIA Centers' Rutgers 250 TV show, Rutgers Around the World, in September 2016. 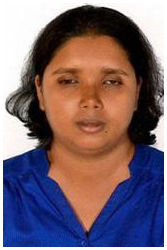 Aarthi Burtony, a blind disability advocate, went on to host several national disability rights events and secured disability access internships from Microsoft after her participated in the Mandela Washington Fellowship; she even commenced an effort to establish the first Braille library in Mauritius, which is currently in progress.

At present, Burtony is volunteering with the Global Rainbow Foundation (GRF), a charitable trust that offers services to individuals with disabilities in Mauritius, India, and Senegal. Burtony drafts the GRF newsletter and volunteers for their disability legal service, which receives and investigates legal disability grievances.

“The [Mandela Washington Fellowship] at Rutgers changed the view I had of my leadership skills as a disability. I came back to Mauritius with new avenues … and that the rights of persons with disabilities rests [in their hands],” Burtony said. “I literally adopted a different approach and method in working with the NGOs I have been involved with." 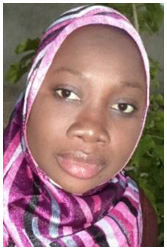 Abibatou Fall, Ph.D., created the Association for Research-Action Development and Environment in the Sahel (ARADES) in 2012 to implement environmentally-friendly and socially progressive initiatives that enables households to produce less waste, use less cooking fuel, and preserve food for longer periods of time—she continues to manage the project.

At the time of the fellowship, she was pursuing her Ph.D. in biomass energy. In January 2016, Fall successfully defended her doctoral dissertation, "Biomass energy and  the Strategies of Eco-development in the Sahel: A Comparative Study between Senegal and Mali," at Gaston Berger University of Saint-Louis. The dissertation focused on the valuation, potential, and use of alternative energy in Senegal and Mali, which could have significant social, environmental, and economic impacts in the region.

In addition to her research, Fall joined the enterprise development team at the Innovation Hub in October 2015, the first internationally accredited science park which focuses on bringing university research and development to commercialization. These efforts strengthen the relationships between public research institutions, government, and private industry, which stimulates innovations and promotes economic growth. 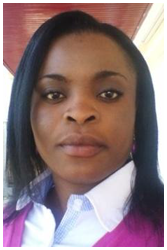 Christelle Sukadi had seven years of experience working with NGOs when she came to Rutgers as part of the Mandela Washington Fellowship in 2014. Her goal that summer? She came to learn how to establish a "Peace University" with partners from the Youth Movement for Dignity and Development to provide training on peace, conflict resolution, and leadership in the main cities of the Katanga province. She currently works as a trainer and is regularly invited by outside organizations and companies to conduct training sessions on leadership and social responsibility of enterprises.

Sukadi is currently pursuing her Ph.D. in Information and Communications Technologies (ICTs). She currently teaches students in her field about webmastering, electronic media, and English.

"The challenge I face is the low rate of ICT use among students, and I have organized, with support of the University of Lubumbashi, free courses for students on using the Internet and basic software," Sukadi said, and explained that she will set up her own training center this year.

"The Mandela Washington Fellowship experience gave me the skills needed to set up my own training center and to mentor others around me."

Sukadi mentors other young people to prepare them for applying to and participating in the fellowship; in fact, four of her mentees were selected for the first round of interviews for the 2016 Mandela Washington Fellowship. 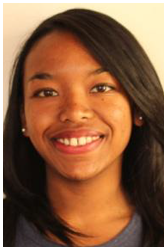 Tsanta Gaelle Ramamonjisoa came to Rutgers for the Mandela Washington Fellowship in 2014 with aspirations of starting camps for disadvantaged youth that would provide inspiration and training to succeed.

"Things turned out to be different," Ramamonijisoa said. "The civic leadership institute at Rutgers shaped my vision into a more community-oriented one...My six-week study at Rutgers School of Social Work taught me how important it is to think through what real needs are when it comes to solving social problems. I realized that only did what I thought was right...

Since returning home, Ramamonjisoa and four other fellows created a youth association to share and compare notes on what they have learned during their time in the United States. It became clear to her what her "contribution in this world is really all about."

After interacting with 600 Malagasy youth, Ramamonjisoa created a volunteer network that essentially mentors young change-makers to make the most impact in their communities. She also founded a nonprofit, One Way for Change, to provide a robust support system for young volunteers.

"The vision I had before gradually became clearer [through the fellowship,]" she said. "Instead of just using camps as a way to empower underprivileged children, engaging youth in volunteerism is what I ended up doing. So instead of impacting lives of children, my nonprofit will also be able to empower women, solve malnutrition problems, advocate for people with disabilities, and many other programs through our multiple volunteer programs."